The modern games are full of amazing graphics, intriguing story lines and open worlds that seem almost never-ending. Long gone are the days where you had barely any options, the artwork was just big blocks of pixels and the sound (if there was any) was a collection of Midi noises. But what if you miss those days? To ease the pain, here are 8 old school retro games you should reminisce about – and even play.

Younger readers might be more familiar with the developer’s other game titles, such as Starcraft, Diablo and World of Warcraft, but old school gamers will remember the days of The Lost Vikings. The platformer wasn’t particularly hard, but it did peak into the future with its three heroes of different talents.

Let’s face it: Minesweeper was and is a classic. Everyone has played it, at least out of pure frustration of not being able to solve it. The people who mastered the game were legends, roaming in our midst. Ninja Fruit has nothing when it comes to a true challenge.

Sometimes we even enjoyed games, which had no sort of graphics at all. Text adventures such as A Mind Forever Voyaging was ambitious and featured an incredibly hooking storyline. The game still proves that a good story doesn’t always need flashy graphics.

As the arcade gaming halls started disappearing towards the end of the 1990s, Windows delighted us with the Windows 3D Pinball. You were greeted with amazing scenes as you slammed your keyboard hoping to beat your best friend.

Before the famous Wolfenstein first-person shooter game out, everyone played the game that inspired it all: Beyond Castle Wolfenstein. The game could not look simpler, yet it grips you in and still manages to make you have a laugh. 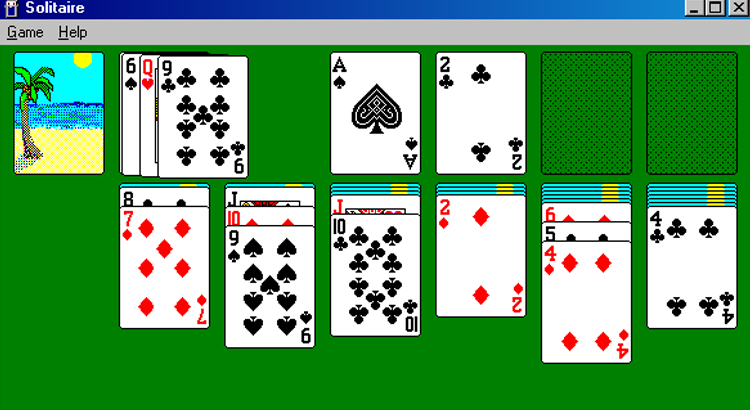 The good old card game spider solitaire online used to fill everyone’s free time. It was the perfect way to spend your time, as you waited for the dial-up connection to connect you to the magical world of the Internet. It was simple, it was challenging and the best part was the sweet end. To see those cards fill up the screen was something no one dared to miss.

Oregon Trail was an adventure like no other. You felt like a pioneer, trekking across America with your carriage and your bull. You had to learn to take care of your health and make sure you had enough food for the journey – a mini guide to life, then.

Arknoid re-imagined those Breakout games from the 70s. But instead of having to play it on a console, you were able to play it on an actual computer! Breaking coloured blocks has not been the same since. The craze for games like Candy Crush highlight we still need a bit of Arknoid in our lives.

The above are just some of the best old school games we played. Let us know which ones on the list were your favourite!