We all like to think that we are going to be fit and healthy for the duration of our time on planet Earth, but the reality is many of us will inevitably have medical problems that can debilitate or disable us either physically or mentally. 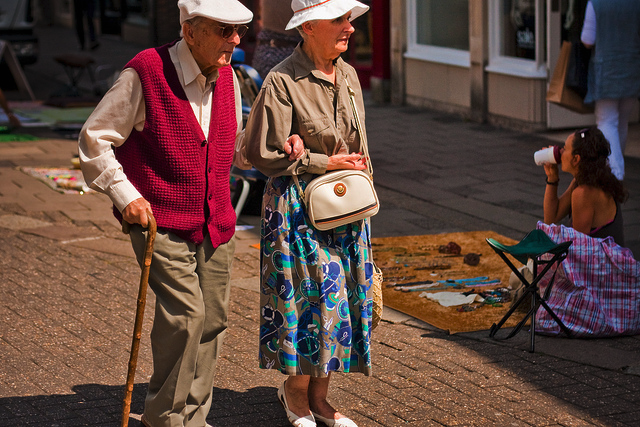 My own mother-in-law, for example, was always a very active person who preferred to be doing something rather than sitting by idly and watching the world go by. Having not long been in retirement, she started to develop a number of medical conditions and additionally mental health problems which to a certain extent has debilitated her health.

She now has to rely on carers that come to her home at least three times a day to help her with a multitude of tasks which most of us would normally take for granted, but without their care and support, as well as obviously that of her family, she wouldn’t have much of a life that would be worth living if I’m brutally honest.

Another thing that she can also rely on is assistive technology in her home. Because she lives alone in a cottage, she needs to make sure that her home is as safe an environment for her to live in as possible.

If one of your close family members needs to be cared for on a regular basis, then you might find the following information about home assistive technology beneficial for both you and your loved one.

People who are elderly or infirm will often have to rely on carers coming into their homes and visiting them several times a day, much like the example I spoke about a moment ago involving my mother-in-law.

All people, especially those in need of care, need to have some kind of structure and routine in place so that they are familiar with when things need to happen, such as taking medicine or having a shower, for example.

An increasingly essential form of technology that carers and their clients alike can take advantage of is electronic call monitoring. In its simplest form, this refers to the practise of carers logging visits to each of their clients’ homes, either by calling a telephone number and entering a unique PIN number from the client’s home, or by using a smartphone near an RFID tag.

If a carer is going to be late due to being held up on a previous appointment, the care manager will be able to contact the client by telephone to let them know without requiring additional input from the carers themselves.

Smart devices such as temperature sensors, carbon monoxide detectors and smoke detectors can be linked up to other devices which in turn can control gas and electricity supplies. They can also be used to automatically turn on or off central heating.

Sometimes it can be confusing if a number of different tablets or medicines need to be taken at various times of the day and night. A medicine dispenser is an example of a home assistive technology which helps to remove any doubt and confusion surrounding the tablets that need to be taken.